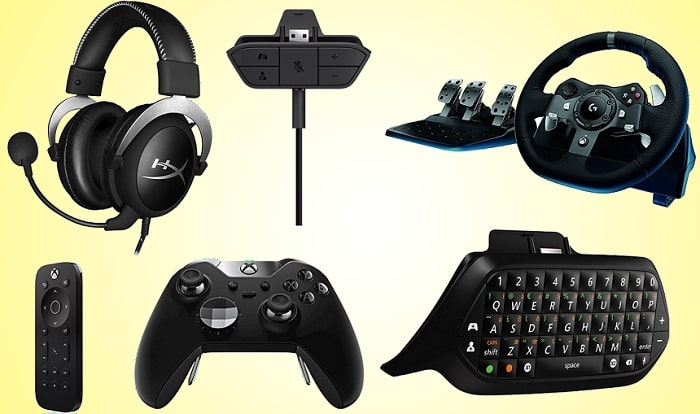 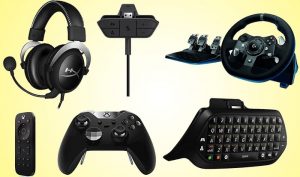 You can have fun with the Xbox One right out the box but why settle for less if you can do a lot more! Microsoft’s Xbox one supports a number of accessories that can help you take your console gaming to the next level.

Even I have bought a lot of extra Xbox one accessories over the past years and they are totally awesome – be it my Xbox one elite controller or the Logitech G920 steering wheel.

So, I decided to put up a complete guide to help you get the best Xbox one accessories in 2019! I have covered the widest range of peripherals that are compatible with the Xbox One.

No matter if you want a good gaming headset for your Xbox one or a custom Xbox one controller or just the Xbox one gold subscription, you will get it all in this guide and even much more! There’s also a secret accessory that no one would tell you about but its one of my favorites. 😉

Xbox One Accessories You Must Have in 2019

Here are the best Xbox one accessories that every gamer should consider buying right now! 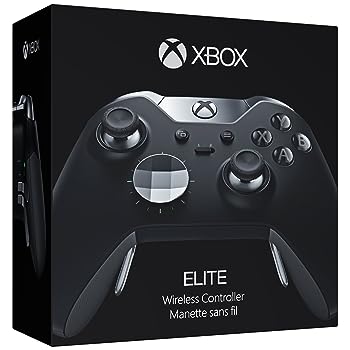 See, your Xbox one controller is the actually the most important thing because your performance in games largely depends on what controller you are using. The stock controller that comes with the console, though works just fine, is pretty basic in terms of style and customisability.

Advanced controllers like the Xbox One Elite controller or Razer Wolverine Ultimate, give you a lot of freedom with interchangeable d-pads, extra thumbsticks, mappable buttons and much more.

In terms of design, these controllers are much trendy and even some are equipped with RGB lighting as well. 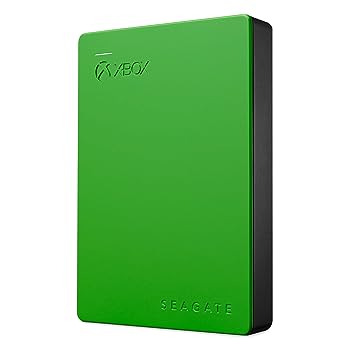 The next one of this list of best Xbox one accessories is the External hard drive to expand the storage volume of your console.

Xbox One has an internal hard drive that stores all your games and stuff. But, with games getting more advanced and heavy on size, Microsoft has expanded the stock storage to 1TB which was previously 500GB. But is 1TB enough? Actually no!

The reason is out of the 1TB, some of is used up to install the operating system itself and users only get close to 750GB of storage. So, it’s wise to buy an external hard drive to expand your Xbox one storage and don’t run out of space anytime soon.

External hard drives for Xbox One comes in various storage capacities – 1TB, 2TB, 4TB and even 8TB. You can choose the storage capacity according to your needs.

Also, you can buy external Solid State Drives (SSD) for slightly better performance and reduced game load times but they are priced damn too high.

I personally use the Seagate Game Drive for Xbox One. It has 2TB storage but there’s a 4TB variant also available. Other than that, you can also opt for WD My Book 4TB or even Samsung 860 Pro SSD. 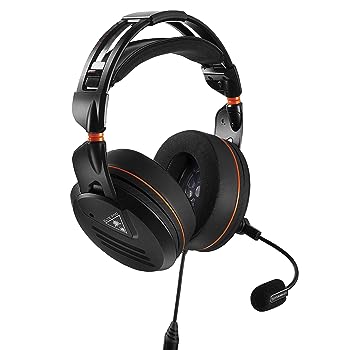 A Good Headset – that’s one of the most important Xbox one accessories that I recommend you to buy! I know that Xbox one comes with the stock headsets inside the box. But, if you’re using them till today, you’re missing out a lot on your Xbox gaming experience – believe me!

And you cannot realize the difference until you actually get your hands on a good Xbox one headset. I have been using the Turtle Beach Elite Pro for quite some time and it’s definitely the best in the market today.

Actually, this headset offers you immersive gaming experience. It has the ability to amplify the in-game nearby voices so that you can actively sense the enemies in games like Fortnite. Also, the overall sound quality is top-notch as compared to the stock headsets.

So, if you want some amazing audio experience while gaming and also add some style to your Xbox setup, invest some money in an Xbox one headset. I would recommend Turtle Beach Elite Pro or the Astro Gaming A50 Wireless Headset.

[su_note note_color=”#fffcba”]If you are confused which headset to buy for your Xbox one, follow my buyer’s guide and choose from the list of best Xbox one headsets that I published recently.[/su_note] 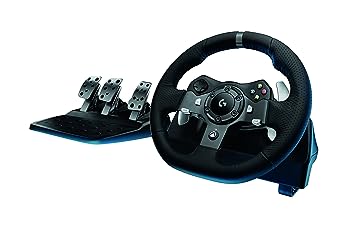 Love racing games? Frankly, I am a die-hard Forza fan and I am sure many of you also love titles like Forza Horizon, F1 2018, Project Cars etc. If it is so then why are you still stuck on the controller to drive those beasts? Switch to a good Xbox one steering wheel and race like a real pro.

I have the Logitech G920 steering wheel and I was awestruck to see my lap times reduced by several seconds (you know even slipt seconds matter!). It’s actually one of the very first Xbox accessories that I bought.

These racing wheels are equipped with force feedback technology that simulates the real steering forces you experience while driving. Also, you can opt to get the pedal set along with the steering wheel for even better control over your car.

Obviously, its a fairly heavy investment to make but believe me you will not regret making it. Apart from the Logitech G920, you can also opt from Thrustmaster Ferrari 458 Spider if you are on a budget.

[su_note note_color=”#fffcba”]To learn more about racing wheels, check out my Xbox one steering wheel reviews and buyer’s guide that I shared recently.[/su_note]
Recommended for You 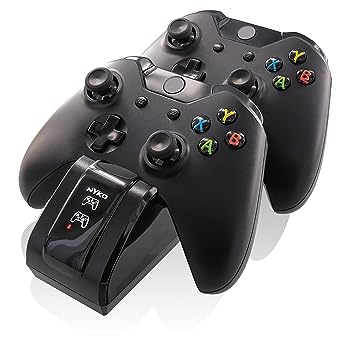 Are you also tired of replacing AA batteries of your controller? If yes, I recommend you this smart accessory for Xbox One i.e. a charging station.

Buying a charging station comes with two main benefits – first, you get two rechargeable battery packs and second you can charge two controllers simultaneously! And for me, I also use my Nyko Charge Base as a docking station for my controllers as well.

With a charging station at home, your gaming life gonna be sorted. Just place your controllers there for a few hours (usually I do that overnight) and you’re ready to tackle long gaming sessions without a break!

Apart from the Nyko charge base, another great charging station that I would recommend is the Energiser 2X Smart Charger because it can charge both an Elite controller as well the stock controller.

Talking about the price, you can get a good Xbox one charging station from 30 to 60 bucks on Amazon. 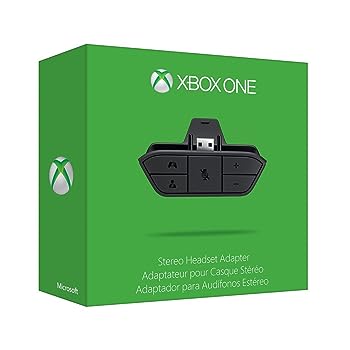 We all know how difficult it becomes to get your favorite gaming headsets to work with Xbox One. Sometimes, it will just get the game audio and other times it just fetches chat audio. And, this can literally make anyone go nuts.

So, how to connect a gaming headset with Xbox one? The answer lies with this must-have Xbox one accessory – the Xbox One stereo headset adapter.

Apart from the 3.5mm jack, there are a few buttons that allow you to switch between audio modes, manage the volume and microphone – all that without having to take your hands off the controller!

Also, it comes with a 2.5mm to 3.5mm cable using which you use your old Xbox 360 headsets with the new Xbox One consoles without any hassle. So, what are you waiting for? Get your Xbox One Stereo Headset Adapter now!

Microsoft’s Xbox One is capable of playing and streaming media including DVD and Blu Ray. In fact, I have some music apps as well to play my favorite albums. Primarily, the controller doubles up as the media remote. It becomes a little clumsy to do all of it and also you have to keep your controller on all the time.

Here’s a simple solution – the Xbox One Media Remote – a standalone remote with all the control options you would need including volume, play, pause etc.

There’s also a Quick Guide button that gives single-click access to all your favorites in one place. Its pretty easy to control Netflix, Youtube, Blu Rays with this little device.

It’s also quite inexpensive, so, it’s not going to break your pockets.

Microsoft claims that it has up to a 30-foot range but let me tell you it only works when it’s in a straight line with the controller with the console. The reason is it has an IR transmitter that works along the line-of-sight only.

But, in practical conditions, that’s not an issue. So, if you also love to play or stream your favorite videos or music on your Xbox One, just get this simple and easy to use Xbox One Media Remote. 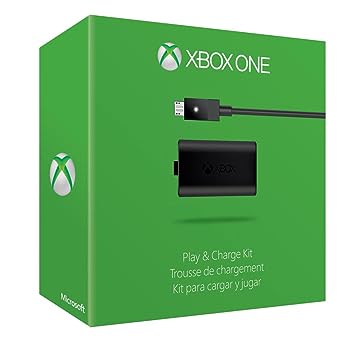 Ever had those ‘erghhh’ moments when you were about to complete that important level in your favorite game and the controller batteries die! I am one hundred percent sure that every one of us has faced this at least once.

Also, the AA batteries need to be replaced once every two months or maybe every month depending on how many hours you are killing it on your Xbox. That’s expensive in long term as well as they are not environment-friendly.

So, to avoid all this you will need the Xbox One Play and Charge kit – one of most helpful Xbox one accessories you must own!

This kit contains a rechargeable lithium-ion battery pack and a USB cable to charge even while you are playing! I have been using this for a couple of years now. Earlier, it would last for almost 15 days on a single charge while I was playing a couple of hours a day. Now, the battery backup has depleted a little but still, it does not interfere in between the game. Just plug in the micro USB and keep on gaming.

At just above 20 bucks, this Xbox one Play and Charge kit gives you uninterrupted gaming and freedom from disposable batteries. 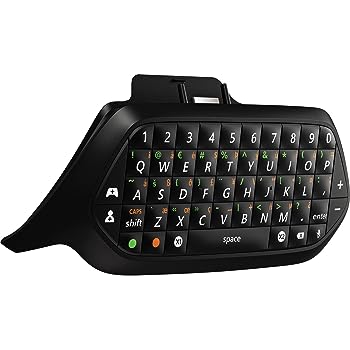 Now, to be very frank this is one of those Xbox one accessories that no everyone would want. But, still, the Xbox One Chatpad has its own perks!

Here’s the thing, this is a miniature keyboard that can be attached to the controller right where the headset adapter goes. And, using this you can text your fellow squad about the secret strategy that you cannot do over a voice message.

With these, you can avoid all the struggle of going through various menus to open the on-screen keyboard and typing like a snail.

Personally, I am not much of a screaming-in-the-mic person, so I prefer having this Xbox one chatpad right there near my thumbs.

It comes quite handy when you have to redeem those 25-character Xbox one codes as well. And also, most of chatpads like the official one from Microsoft has in-built headset adapter as well. So, you can also push in your headset into this chatpad while you talk, game and type – all at the same time!