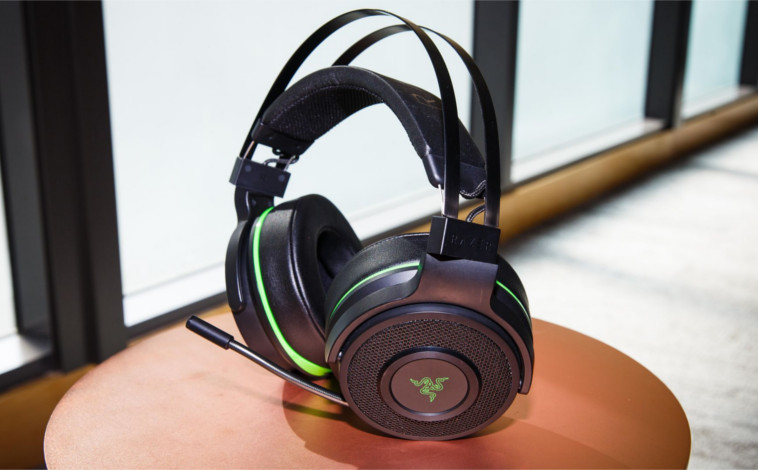 Xbox One comes with a standard headset which literally no one likes unless you are a kid playing Super Mario. It’s true that the stock ones are not completely bad. But, if you want an immersive gaming audio experience, my suggestion would be to invest some money into a good Xbox one headset and enjoy surround sound, noise cancellation and much more!

Also, I researched a lot to find a good Xbox one headset for him as per his budget. I have reviewed each of them in detail further in this post but if you’re are in hurry, below are my top choices for best Xbox one headset you can buy in 2019. 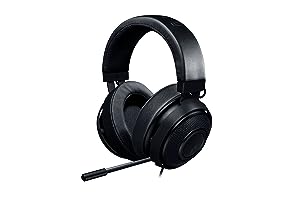 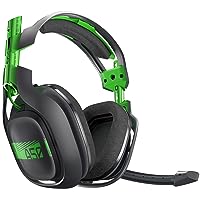 So, I tested a lot of gaming headsets with my Xbox One and played some of my favorite Xbox one games to see which headset works better. To make the choice easier for you, following are the things that I feel are important to have in a good Xbox One headset apart from superb audio output.

Connection Type: When it comes to wired Xbox one headsets, the connection port matters a lot. Commonly, a 3.5mm audio jack is used to allow maximum compatibility with most devices. But, some of them have both 3.5mm jack as well as USB connection just in case if you need one.

Comfort: Wearing headsets can be uncomfortable especially when you’re playing for long hours. I make sure that the cushioning is proper over the earpieces as well as the headband. Also, it is important that the Xbox one headset you’re buying can adjust to the shape of your head. It shouldn’t feel too tight nor too loose.

So without further ado, let’s get straight to my recommendations for best Xbox one headsets.

Turtle Beach makes some superb gaming headsets, and this is one of the best. It's specifically designed to enhance your play in competitive games, like Fortnite, thanks to its ability to enhance nearby noises and give you a chance to not only hear enemies that are sneaking up on you but also to tell you exactly where they're coming from. It's almost spooky when you first start using it.

Elsewhere the sound quality is great for gaming, as the Elite Pro 2 definitely puts you right in the heart of whatever you play, as you can hear everything around you. Sure, the bass levels aren't quite a good as other top-end headsets, but that makes the biggest difference when you try to use it for other media like movies and music.

It's super comfortable too, with soft ear cushions and a padded headband. But that doesn't compromise build quality - the Elite Pro 2 mixes metal and sturdy, white plastic to great effect, offering an Xbox One headset that's both stylish and durable. It's expensive, but worth the money, especially if you're looking for a competitive advantage. 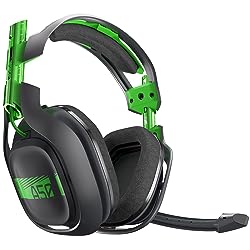 The chunky, tubular design of this headset won't be to everyone's taste, however it does come with a very useful base station that packs in a number of features.

Firstly it acts as the wireless transmitter, sending a signal to your headset up to the 30ft away. It also functions as a stand and magnetic charging dock, meaning you can easily pop it in when not in use to keep the 15-hour battery topped up.

It may not have quite the same audio performance as similarly priced alternatives, but it does still deliver 7.1 surround sound and a fully wireless experience on Xbox One with no chat cable required. There is also a modification kit available, allowing you to add noise-canceling ear cushions and a padded headband for added comfort and support. 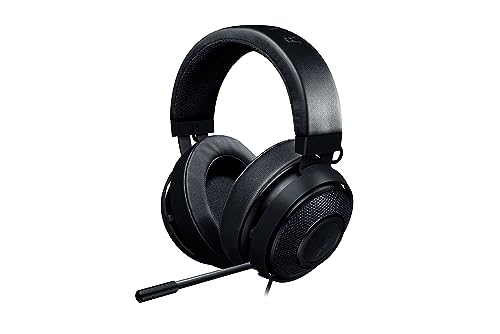 Given its under $100 price, the Razer Kraken Pro V2 delivers impressively loud and rich sound coupled with punchy bass tones. The extendable microphone noise canceling works well to deliver clear voice chat to your teammates, and it's also fully retractable to tuck it out of the way during solo play.

The build quality is impressive, with the Bauxite aluminum frame making the headset both lightweight and durable. There's also a choice between oval or round ear cushions, meaning you can find the best fit for your ears.

The combination of comfort and sound quality mean this is an excellent investment for those long gaming sessions. 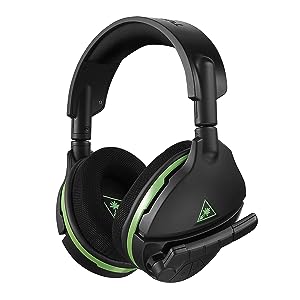 While the best wireless headset you can get is Astro's A50, it's extremely pricey. Turtle Beach offers a far cheaper solution that still delivers big on battery life and comfort, complete with mic monitoring and other features that defy its under $100 price point.

You'll not get the best sound experience, but for wirelessness at $100, this headset is unbeatable.

With Turtle Beach's exclusive Superhuman Hearing™ sound setting, you'll have the competitive advantage by being able to hear all the subtle yet game-changing sounds, like enemy footsteps sneaking up on your six, other players reloading their weapon for an ambush, and vehicles off in the distance approaching with reinforcements. It's vital intelligence for the split-second, life-or-death decisions that elevate great gamers above the rest.

Other Good Xbox One Headsets 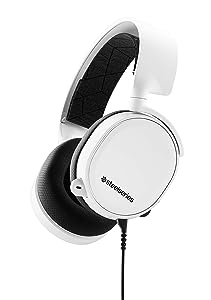 Surprise, surprise. SteelSeries has produced yet another awesome headset in the SteelSeries Arctis 3. Now, the Arctis 5 is a better headset overall — it’s got some cooler design elements, a music/chat on-desk dial, and so on. But for $80, the Arctis 3 is still an excellent option, and definitely the option you should go for if you want to save a few bucks and don’t care about the things that the Arctis 5 has over this headset.

Of course, if you want to save even more money there are still some great options. The HyperX Cloud Stinger comes in at $50, and while it doesn’t have the 7.1 surround sound, it may still be the best option for some.

Like most other Xbox one headsets I tested, the microphone on these was pretty good but perhaps only for in-game chat. If you’re wanting to record podcasts or Let’s Play videos, you’ll still want a dedicated microphone. That’s not to say the microphone sounds bad — just that it’s not the best.

Because of its great design, top-level comfort, and good sound quality, the Steelseries Arctis 3 has made it to my list of best Xbox one headsets of 2019. 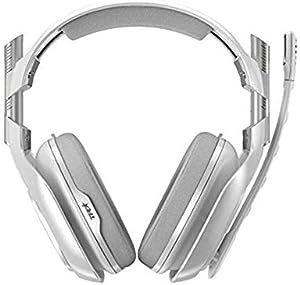 The A40 TR isn’t just the slightly more affordable, wired sibling of the A50, it’s also packed with tons of features that are hard to come by on other headsets. In terms of audio and mic quality, the A40 TR rivals the A50, which easily makes it one of the best-sounding headsets for any system at any price. But it’s the MixAmp Pro that’s the real standout.

The MixAmp Pro gives you immediate and intuitive control of everything, including volume, game/mic chat mix, and EQ presets. It connects to your console with a USB connection, but also includes a 3.5mm Aux port, digital optical out, and a dedicated “stream out” port that’s great for Twitch streamers. There are also two “digital daisy chain” ports that enable multiple MixAmp Pros to be chained together using Astro’s proprietary daisy chain cables so all of their audio can be captured while streaming

For those who aren’t interested in the MixAmp’s functionality, you can also purchase the A40 TR sans MiXamp for about $100 less. While we still recommend the MixAmp Pro, the A40 TR can hold its own against the competition without it.

Aside from the excellent sound and mic performance, the headset itself sports some cool features, including Dolby 7.1 virtual surround and a unidirectional noise-canceling mic. You can even transform the open-backed headset into a closed-backed model with noise canceling (though this requires an extra purchase of Astro’s mod kit). 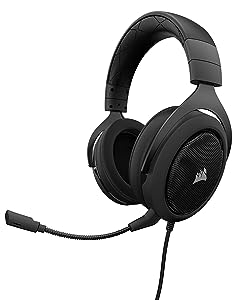 The Corsair HS50 is the most affordable of our Xbox One picks, and while that’s great news for anyone on a tight budget, even big spenders will want to consider this model.

It uses a 3.5mm wired connection, which means not only does it easily plug into your Xbox One controller, it’s also compatible with the PlayStation 4, PCs, Nintendo Switch, and mobile devices — you won’t find that kind of versatility in a wireless model. The Corsair HS50 also provides excellent sound quality that rivals that of other headsets costing two or three times as much — if not more.

Since it’s a wired model, there are some trade-offs, however. Due to its single 3.5mm connection, the Corsair HS50, unfortunately, lacks virtual surround sound. Thankfully, the stereo mix offers accurate positioning even without DSP assistance. To top it off, the headset sports an attractive, minimalist design, with a detachable mic that makes it possible for it to double as a pair of headphones in a pinch.

We won’t pretend there aren’t benefits to opting for a spendier pick, including the luxury of wireless freedom, but the Corsair HS50 make a strong case that even a modestly priced, entry-level headset can work for just about everyone.

How to connect Xbox One headset?

There's no rocket science here. Connecting your headset to Xbox one console is an easy job given that you have a bought compatible Xbox one headset (btw all headsets I've mentioned above are 100% compatible).

So, there can be following three possibilities with your Xbox one headset and I've explained how you connect your headset with the Xbox one in each of the cases.

1. If Your Xbox Controller has an inbuilt 3.5mm port. 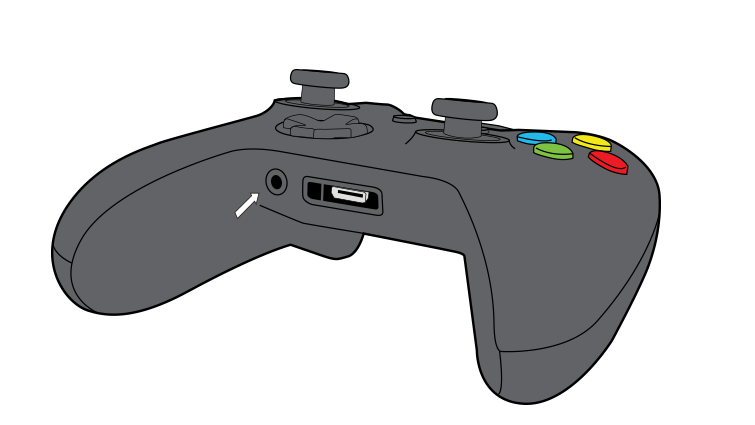 And, this enables you to directly plug in your Xbox one headset and enjoy your games with great audio experience! 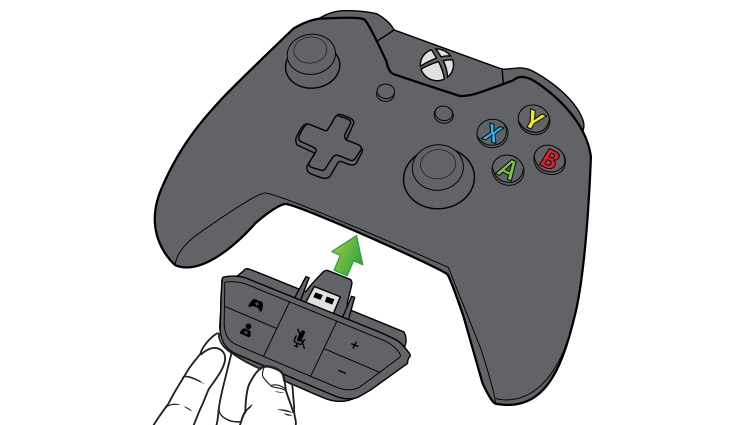 Not all Xbox One controllers come with a 3.5mm jack but this does not mean you cannot use a headset with them.

3. If You have Wireless Xbox One Headset.

Having tested all these headsets in different cases, we found out that the overall best Xbox one headset is the Turtle Beach Elite Pro while the runner-up is the Razer Kraken Pro.

See, most of the headsets are good in their own ways and it completely depends on your choices as well as budget. As I mentioned in the beginning, it is wise to put in some 50 to 100 bucks for enjoying surround sound, better comfort, noise cancellation, and voice chat with teammates in games like Battlefield and Fortnite etc.

If I have helped you to find a good Xbox one headset for you, don't forget to share this post with your gaming gang. Have any questions or suggestions? Drop them in the comments section below.

Xbox One Elite Controller Review: DON’T Spend Extra on It!

[How To] Connect Xbox One Controller To PC (Wireless/Wired)