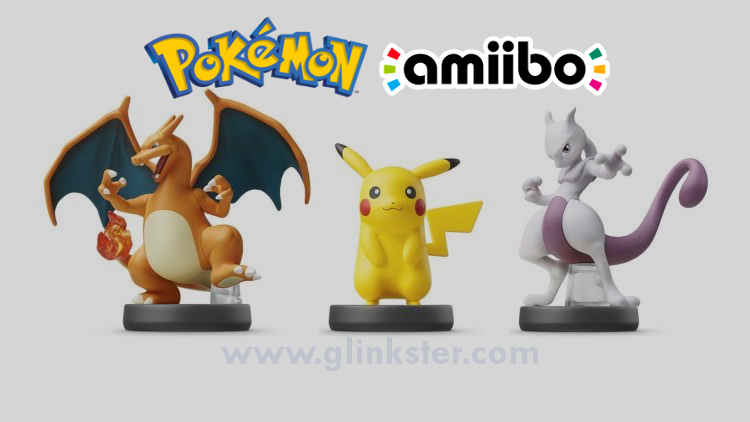 Nintendo’s Pokemon amiibo are one of the most collectible items for gamers, everybody would agree on that! Not only because of the extra features that they unlock in the Nintendo games but also because they are only 6 Pokemon amiibo released till date. Pretty Rare!

Well, for those who are new to amiibo (believe me, you’re not alone 😛 ), here’s a quick introduction of Nintendo amiibo of pokemon characters.

What is a Pokemon Amiibo?

Pokemon Amiibo are the interactive NFC-enabled figures that unlock special features in multiple games on Nintendo 3DS, Wii U consoles and even on Nintendo Switch. Using the near field communication, these amiibo can interact with your games and read/write data too!

You can simply tap the Pokemon amiibo on your NFC enabled game console and that’s it, you will get amazing in-game items, powers and benefits that will help you win the game just like that!

Interesting, right? We know you are already excited to get your hands on these pokemon amiibo, so, let us just get straight to the list of all pokemon amiibo, their release dates and where to buy these amiibo.

Now that you have got a quick look at all the available pokemon amiibo released by Nintendo, it is the time to have a detailed view on each of the amiibo and find out what magic can these mini pokemon action figures do in the games you play on your nintendo consoles.

Each Pokemon amiibo can do several things in different games. While some of the effects are specific to the individual pokemon amiibo, but some in-game benefits are common with respective to each amiibo.

That’s NOT All
For pokemon specific effects/unlocks, check out the detailed review of each pokemon amiibo provided in this article further.

Apart from unlocking various features in different games, Pokemon amiibo are also quite collectible. It’s crazy but these little figures are way more valuable for passionate gamers than a mere plastic toy. If you’re a gamer yourself (we know you are!), find out more about each pokemon amiibo below including the special unlocks specific to each amiibo.

We have explained each pokemon amiibo separately with all its features, so that you can decide what amiibos you want. Believe me, you are gonna want all of them. 😛

Who does not recognize this cute little pokemon? Yeah, you’re right; its the Pikachu Amiibo. This is one of the earliest amiibo released by Nintendo. First released in on 21 Nov 2014, Pikachu (the electric type pokemon), is the first amiibo in the pokemon franchise.

It was introduced with the popular Super Smash Bros. game for Nintendo devices but eventually it supports a lot of other games too including The Legends of Zelda, Pokken Tournament, Kirby Planet Robobot etc.

Having a nice and simple design that matches exactly with the pokemon character we have known for years, Pikachu amiibo does not have a very eye-catchy details or something. But that doesn’t make it any less cute.

This fierce nintendo figure is the Charizard amiibo, the fire/flying type pokemon that is the final form of Charmander.

After a good response of pikachu amiibo, a Charizard version was releases on 29 May 2015 and the origin game of the Charizard amiibo is Super Smash Bros.

Charizard amiibo is one of the most visually striking pokemon amiibo on this list. With extended wings, a fierce pose and the open mouth gives it a battle ready look. The colors are bright and pretty clean making Charizard amiibo quite realistic look. Also, it is comparatively larger than other pokemon aiibo.

Lucario Amiibo was first released on 20 Feb 2015 in United States as an exclusive edition. Though this pokemon is not much visible in most of the pokemon games, but this amiibo will definitely give you an edge in a number of games.

As far as the design is concerned, Lucario has combination of Blue and black colors, both giving it a dark fighter look. The pose is pretty much fine for a regular amiibo. There is nothing bad you can say about it but there is also nothing extra ordinary about it.

Talking about the rarity of Lucario amiibo, it’s quite hard to get because of being exclusively available at Toys R Us stores.

Second to Pikachu, Jigglypuff is one of the cutest pokemon amiibo to collect. It was first released on 26 May 2015 as a part of second wave pokemon amiibo compatible with Super Smash Bros. But it also supports more games released later.

Colored in the well known pink shade and blue eyes, Jigglypuff amiibo is an overall good looking amiibo as compared to few others on this list. The pose is endearing, the expression is pleasing and the little arms coming out of the spherical body are quite welcoming.

Getting your hands on this amiibo is not as tough. Despite of being a Target exclusive amiibo, you can easily get one for your collection.

Mewtwo is a popular pokemon which was featuring in the original cartoon series as well as a couple of separate animated pokemon films too.

Looking at the popularity, Nintendo released the Mewtwo amiibo on 13 November 2015.

The paint job on this amiibo is strikingly similar to the original pokemon we see in the games. Mewtwo is a psychic pokemon and it is very much evident in the facial expression of the figure. The pose also depicts the fierce nature of the pokemon.

A good news for you is that Mewtwo amiibo is not as difficult to find because it was released in multiple stores.

Did you not recognise this pokemon? Dont worry, we did not know either before getting this. Greninja is not quite familiar pokemon and for that sake Nintendo released Greninja Amiibo on 29 May 2015 along with the Charizard amiibo which we previously talked about.

Painted with four different colors – Orange, Yellow, Dark Blue and Sky Blue – Greninja amiibo is one of the best painted amiibos on the list. Being one of the recent pokemon amiibo, it looks more advanced and complex that makes it comparatively expensive.

Just like the Lucario amiibo, this one is also exclusively available on Toys R Us stores.

Shadaw Mewtwo Amiibo Card is the most recent release in the series of pokemon amiibo by Nintendo. It was released on 18 March 2016 with the Pokken Tournament game. Those bought Pokken Tournament during its initial release, they were given this amiibo card for free!

Unlike other amiibo, Shadow Mewtwo is an NFC enabled card and not a figure. But, the functionality and usability is exactly same as figures.

Shadow Mewtwo is one of the most powerful pokemon featured in Pokken Tournament and you have to fulfill certain criteria to unlock it in the game. But, Shadow Mewtwo Amiibo Card lets you temporarily unlock the pokemon and win a few matches!

Detective Pikachu is the most anticipated pokemon game of the year and Detective Pikachu Amiibo is set to release with the game itself. In US, both of them will be released on 23 March 2018.

Colored with the traditional bright yellow, this amiibo has an aggressive pose unlike the cute and simple look of original pikachu amiibo. Boasting a detective cap, one hand in action and commanding facial expressions gives an all new look to this amiibo.

So, these were all the pokemon amiibo figures and cards released till date along with the one confirmed to release soon. I hope you must have liked most of them.

One more thing to mention is that fans are expecting Nintendo to release more pokemon amiibo in the coming future. Considering the large number of pokemons, it may be hard to produce so many of them but we hope Nintendo releases amiibo of at least the more popular pokemons like Bulbasaur, Squirtle and Meowth etc.

Do share your thoughts about the pokemon amiibo with us. How many of these do you have? Which new amiibos you want Nintendo to releases. Let us know in comments below.

What is the Best Pokemon Card Ever – Top Picks