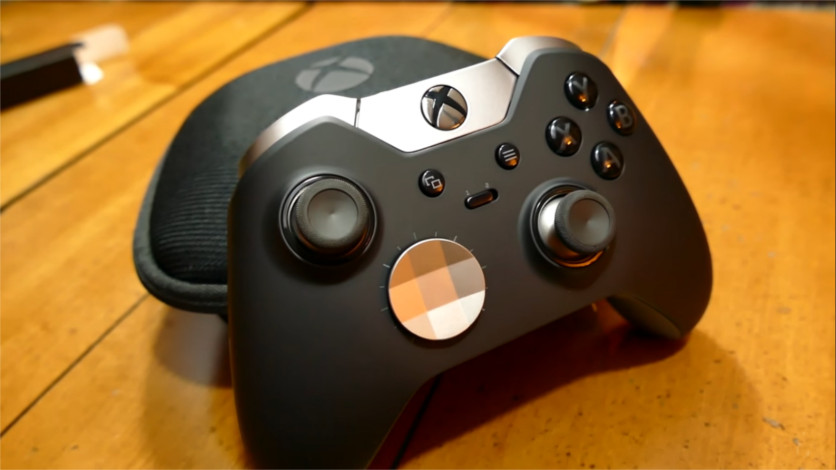 So, you must have read a lot of reviews of the Xbox One Elite controller saying all the good things; so much that you might just end up buying it. BUT WAIT!

That was exactly what happened with me and after spending $150+, I have had my wide eyes open in shock. I am being a little rude here but I DO NOT recommend buying this extremely overpriced, heavy and bulky Xbox one controller.

Sure, it has a lot of handy customization features but my experience isn’t very nice while using it and I am going to share the same with you.

I am Phillip Lyons, a game developer by profession and a crazy gamer at heart; and this is my honest review of Xbox One Elite Controller where I have highlighted all the good, the bad and the problems it has!

Before I get you into the things that nobody is telling you about the Elite controller, let me just honestly highlight what is actually good in this controller.

See, there is no doubt it is an improvised Xbox one controller and it has some very good features which you may not find on a standard controller.

Honestly, I was impressed with the customization options the Xbox one Elite controller offers. Shorter thumbsticks were my biggest problem and I always spent extra for taller replaceable.

The Elite controller allows you to choose from the three pairs of thumbsticks as per your grip preferences. Two pairs have concave top while one pair is domed and I prefer the taller ones with the concave top.

Next good thing is the ability to remap the button according to your choice. Although, This feature is more commonly seen on most third-party Xbox one controllers including the Scuf Infinity, Razer Wolverine etc.

Now the Bad Side!

From the looks of it, the Xbox One Elite controller seems to be very promising with the black body with silver accent. But as soon as I lifted it out of the box, damn, its heavier than the regular Xbox one controller I was used to.

The overall weight of the Xbox one elite controller is ~350 grams with batteries while the standard Xbox One controller is just ~275 grams. And the difference is pretty evident when you’ll start playing. Its gonna give you strain in your forearms if you play continuously straight for just a couple of hours.

Even after spending a $100 million on designing this controller, how could Microsoft not consider keeping it lightweight! I am not sure if they added the weight to make the standard controller feel cheap in hands. 😛

Another issue with the magnetic attachments that I had was with the rear paddles. These can be easily caught and dislodged as you pick up the controller. It’s a particular pain at first when you’re getting used to having those extra appendages unless you get used to it eventually.

The next thing which bothered me is the unusually sensitive paddles. Though I always craved for extra paddles on my standard controller, the ones on the elite controller make me almost kill myself when they get triggered even with the slightest accidental touch during an exciting gaming session.

And, there is no way to alter the paddle sensitivity either. All you can do is just hold the controller in a way that your fingers do not accidentally touch the paddle.

I ordered the Elite wireless controller on Amazon and had it delivered to me within 2 days. The following picture is the very first picture I took after opening the box. 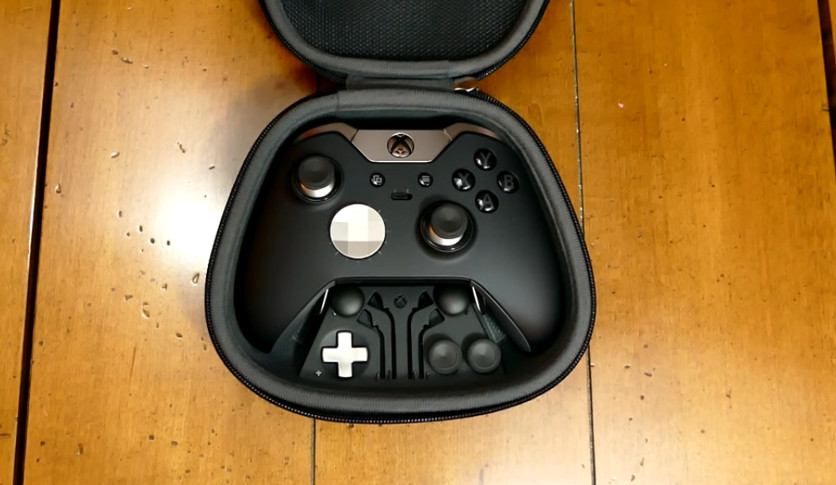 A special holder inside the case has molds for keeping four paddles, two pairs of thumbsticks and a cross-shaped D-pad. It just ensures that the components don’t fall out of the case whenever you unzip the case.

In total, you get three sets of thumbsticks – two pairs with concave heads and different heights while one pair have a domed top for those who prefer them.

For direction pad, you can either use the default faceted one which I found to be a loose fit and another one is regular cross-shaped D-pad which fits snugly. 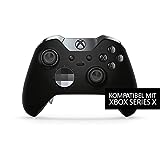 What should I say about the price? The Elite controller comes at double the price of the regular Xbox one controller!

It is impossible to justify the price premium even after considering the customization options and design excellence. As a gamer, I want all my devices to comfortable and durable and the Elite controller fails at delivering that.

You may be wondering this could be just a manufacturing defect in my particular controller but I would suggest you go through the 1500+ critical reviews on Amazon which are similar to what I have experienced with the Elite controller.

Here’s a quick comparison between the Xbox Elite Controller and Scuf Infinity controller.

Price: The Xbox One Elite Wireless Controller retails for $150+ while the SCUF Infinity 1 pricing ranges from $100+ for the basic black and white versions (I own a white one), but once you start personalizing and customizing the Infinity 1, prices can reach a lofty $200+ if you go for all the bells and whistles.

Design: Customisation options aside, there are some basic differences in the overall design. The Elite pad is kitted out with metal on the triggers, bumpers, D-pad and the shafts of the analog sticks. The rest is finished with a matte soft-touch plastic and a monochrome color scheme, making for a far more sophisticated and mature look.

The SCUF Infinity 1 is also finished with a soft-touch matte plastic, which comes in a variety of colors. The analog sticks are glossy plastic, as is the D-Pad and triggers/bumpers.

Triggers: The Xbox One Elite Controller features new Hair Lock Triggers, which allow you to restrict the travel of both triggers independently. You do this by flipping the shiny green switches on the back of the controller. Adjusting the Trigger Stop Mechanisms on the SCUF Infinity 1 requires a little more DIY. You’ll need to adjust the Trigger Grips with a special tool, tightening the screw and loosening it until you’ve got the depth you require.

Button Mapping: The SCUF Infinity 1 only allows you to remap the paddles, which must be enabled in the build your controller menu before you buy – it’s known as Electro-Magnetic Remapping. This will then allow you to customize your paddle configurations using the SCUF Mag Key included with the EMR option.

The Xbox One Elite, on the other hand, is quite customizable. To do it, you’ll need to download the Xbox Accessories app for Xbox One and/or Windows 10, and then you’re off. The app gives you the option of remapping every button on the controller, using game-specific presets, adjust various sensitivities including analog stick respond and triggers and more.

Conclusion: Is Elite Controller worth the money?

I would not stop you from buying an Elite controller for yourself if you have more than 100 bucks to spare but I would recommend going for other better options that come with almost all the features you’ll need at a pocket-friendly price like the Scuf Infinity 1.

In case you want to explore more options, check out my recent guide on best Xbox One Controllers in 2019.[/su_note]

Is Xbox coming out with a new Elite controller?

In a patent filed by Microsoft a few months back titled “Game Controller with Removable Controller Accessories”, they are working on a game controller which resembles the current Elite controller but with more customization options and hopefully a better build quality.

Xbox Elite Controller v2 will feature a USB-C charging port, tension controls for the joysticks and a charging dock with an Apple MagSafe-like locking mechanism.

While the release date is not confirmed yet, but it is expected Microsoft will launch in an event in 2019 only. Till then, I am going to use my Scuf Infinity 1 controller! 😀

FAQs about Xbox One Elite Controller

What is the elite controller?

Elite controller is an improvised xbox one controller with more customisation options and ability to remap the buttons. Although, it is heavier than the regular controller.

When did the Elite Controller come out?

How much is the elite controller?

The Xbox one Elite controller costs more than $150. It is much expensive than a regular xbox one controller.

Does the Elite controller have bluetooth?

No, the Elite controller does not have a bluetooth. You have to connect it wirelessly using wireless adapter.

Xbox One Power Supply 2022 | Best AC Adapters for Xbox One

[How To] Connect Xbox One Controller To PC (Wireless/Wired)